The ice on the weekend had been super rotten and barely climbable, it was now raining and 10 degrees C, and the forecast was calling for a week of more rain and double digit temps….

Ice climbing season was over.

So on March 20, when Spring officially arrived, I put away my ice climbing gear for the season:  I cleaned out my pack, washed my things, lubed my gear, tucked it all away in the gear room and broke out my outdoor rock shoes and harness.
Yeah baby!  Bring on the Spring!*

While I had gone out about 2-3 times the previous winter top-roping on rented gear, I would say that this winter was my first real season ice climbing.

I had all my own gear.  I lead my first ice climb.  And I actually had fun!
(Compared to last year when I was just cold and frustrated, cat-scratching the ice with crampons loosely strapped to over-sized boots wondering miserably why everyone made it look so easy?)

As I reflect on this past ice season, I have some confessions to make.
Things I wouldn’t readily admit too… but will today because I couldn’t come up with any better ideas for a blog post 😉 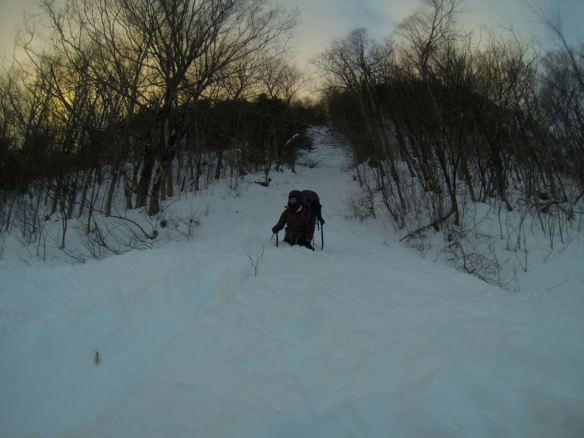 Picture Confession: I was only waist deep in the snow for the photo.  There is clearly a path dug out on the right we used to get to the climb.

*It turns out this gesture was mostly symbolic, however, as the following week temperatures dropped and stayed between -4 and -12 degrees C.  I stubbornly refused to unpack my ice stuff, so while all my friends went ice climbing that weekend, I took Friday off and drove to Kentucky instead…